Eva Feder Kittay is a Distinguished Professor of Philosophy, at the Department of Philosophyat Stony Brook University, New York. Her areas of specialization are: feminist philosophy, feminist ethics, social and political theory, metaphor and disability studies.

I am at Stony Brook University where I have been since 1979.

2 Can you tell us about your research and its relation to the ethics of care?

I am working on a number of projects, some are directly on the ethics of care and some are in the area of philosophy and disability—especially cognitive disability—which is also deeply informed by the ethics of care. The work in the ethics of care includes a piece I will be writing on how to think about a politics in which the first virtue is care. Joan Tronto’s latest book promises to be an exercise in just this line of thought. The work of numerous scholars has shown the many ways in which care is relevant to realms outside the domain of the intimate and the domestic. But an ethics of care is an ethic, not a politics. It is still concerned with relations individuals bear to individuals not with the institutional structures and forms that are the concern of politics. How should we think about institutional structures when we consider the first virtue of social organization to be care rather than justice? What sorts of institutions can foster caring relationships? What sorts of institutions are indifferent or even hostile to promoting them?

Answers to these questions require a genuinely normative conception of care. If care is to be a normative conception, we should not be able to speak of such a thing as “too much care” any more than we can speak of “too much justice.” Uses of the term “care” that countenance care as overweaning or paternalistic or merely a “natural disposition” fall outside the normative sense. This is not to say that we never speak about care in such ways, nor that a normative conception cannot build on a moral psychology that includes natural human capacities to respond empathetically to others. But if an ethic of care is to be a true ethic that guides us and helps us evaluate actions are good or morally desirable ones and steers us away from those that are harmful or gratuitously hurtful, and if we are to build institutions that promote the values inherent in a true ethic of care, then we need to sort out the normative sense of care—that is, those that are prescriptive, that tell us what we ought to do to act in a caring way.

Such a notion of care can perhaps best be approached from what Nel Noddings called “the completion of care.” Noddings, along with Tronto spoke of an aspect of care that few others have pursued. Tronto called it the fourth phase of care, the receiving of care, while Noddings spoke of care needing to be completed in the other. This is a profoundly important aspect of care that has been glossed over and that can, I believe help us identify the truly normative sense of care. If care must be received as care by the one cared for, then many things that we sometimes identify with care, such as caring intentions or affect will be insufficient to be care. If care needs to be completed in the other, then actions that are overweaning or paternalistic will not be taken us as something desirable—as something that is really caring—by the cared for. The project to take up the consequences of “the completion of care” is then another project I am engaged with.

And finally, a third project I am continuing to work on is the global care chains, about which I have written several articles. I have just completed a third piece on the topic that I call “The Body as the Place of Care.” I am working with a group on Care and Place and my thinking about migrant carework is being informed by the study of the relationship between Care and Place.

The work on disability that I am now doing is a manuscript tentatively entitled “Disabled Minds and Things That Matter: Lessons Toward a Humbler Philosophy.” In this work I am pulling together the themes that have emerged in my essays as I have confront traditional philosophical thought with the fact of cognitively disabled individuals. My thinking here is grounded in an ethics of care. Questions such as the dignity of people with cognitive impairments, the personhood of people with severe cognitive disability and justice toward the cognitively disabled on the role of care in human social life and in creating us as the relational beings we are ones that I treat using an ethics of care.

In addition I will be doing a paper on disparities of health care resources directed at the disabled. This is a new concern, but it comes out of the work on the efforts of some to reduce the moral status of people with cognitive disabilities and there is a danger that this will result in cut backs to people with these disabilities.

3. How did you get involved in the ethics of care?

I have been interested in feminist philosophy from its inception. I taught my first course in feminist philosophy in 1978 when there were only about five books on the subject, one of which was The Second Sex. I worked in the philosophy of language, and had not studied much ethics in graduate school because I found the sort of ethics being done then, mostly analytic metaethics, not interesting to me. Nonetheless the reason I first got interested in philosophy was because of my interest in ethics. When Gilligan published “In a Different Voice” I asked my friend Diana Meyers, who worked in ethics, to help me put together a conference in which moral philosophers and feminist philosophers would look at the proposition that there was an ethics of care that philosophers had neglected. The conference issued in what was a ground-breaking collection, Women and Moral Theory. At that point, I was not yet ready to write in the area because I felt I was insufficiently schooled in ethics. But I taught the material regularly and wrote in the area of feminist philosophy. An invitation to give a talk on the “Elusiveness of Equality” plunged me into the literature on equality and I began to see the relevance of the relational approach to ethics that an ethics of care presented. Equality, I saw, has been elusive to women because women continued to do the work of care even as they entered the workplace, and neither men, nor accommodations in the workplace, eased the traditional work of caregiving for women. Women accepted their caregiving obligations because they had a stronger sense of responsibility to do this work; they had a more abiding ethic of care which they did not give up as they joined the world of men, a world created upon, and without the recognition of, women’s work of care—and most especially care of dependents. Women caring for dependents made women dependent and unable to function and compete on par with the “independent” unencumbered men. In order to understand the dynamics and the place of care and an ethic of care in allowing women to, as Beauvoir writes, “share the world in equality,” I had to think through important conceptions in an ethics of care: the asymmetric relationships, the relational self, the relationship of care and justice, and so forth.

An ethics of care takes caring relationships as a morally fundamental form of relationship and value. The moral agent is a caring self, who can look past her own immediate needs and desires and takes on the cares of the other as her own. An ethics of care sees the affective connection between people as prior to a calculative reason that binds self-interested person. An ethics of care is fundamentally other-directed, but it is an ethic that understands that our own well-being is never entirely independent of the well-being of the other. An ethics of care understands responsibility to be bound by the connection to and an understanding of the needs and wants of the other. Asymmetrical and partial relations are as morally relevant as symmetrical and impartial ones and the mode of deliberation at once respects both emotional responses as well as rational considerations.

An ethics of care allowed me to make sense of how my mother could be as good a person as she was given that she failed to personify the rational impartial moral deliberator that I had learned to prize in my readings in philosophy. My father, also a good man, answered to those criteria, but in some ways my mother was generous with herself, and more giving (although her political judgment was often off). Not untill I read Gilligan did I see why there was such a dissonance between the moral conception of the person as I understood it philosophically, and the fact of my mother’s moral character. In addition, an ethics of care has given me another way of seeing how my own disabled daughter fits into the moral universe. I never doubted she did, but the conceptions at hand were not helpful in allowing me to identify her place in any fully articulated philosophical scheme.

Although there has been wonderful work done in care theory, I keep going back to Gilligan and Sara Ruddick whose initial insights continue to yield fruit.

To enumerate a list would inevitably leave out work that is equally important. I don’t like to play the “most important” game.

Well, Love’s Labor is still a good statement of my fundamental vision. But I have done much else since then. Much of it is also connected to my work on issues of disability. Woman and Moral Theory, although old, is still chock full of good things. I am very proud of The Subject of Care that I coedited with Ellen Feder. Among my articles I would note:

A critical question, of course, is how to see an ethics of care as a global ethics and a politics. I also think it is important to understand the place of respect within an ethics of care. As I said, I think that most fundamentally we need to articulate the normative heart of care and to prune away those senses of care that come with its being borne of a practice done by those who are in a subordinate relatively powerless position. I think we need to understand the relationship between care and violence in order to see how the first aspect of our nature can be promoted and the second curbed. And finally, I think we need to connect an ethic of care to the struggles of marginalized, subordinated and endangered others. Understanding the self relationally has a great deal of power to help release us from oppressive conditions and oppressive practices. We need to develop an ethics of care in these directions.

Encourage care ethicists to bring their considerations to bear on questions of disability, sexual minorities, questions of immigration and globalization. Encourage economists to come together with care ethicists to understand the economic structures that keep the work of caring as the responsibility of the disempowered. Encourage politicians to talk about issues of care. Engage in projects that help us to see what the best caring practices are for groups that find current practices unsatisfactory or oppressive. 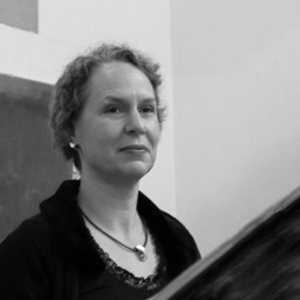