Symposium: The Art of Listening

Following the Dies ceremony on the 29th of January, we will organise a symposium on the 30th of January. During this symposium the honorary doctors will speak about their take on The Art of Listening and Deaccelerating our Way of Life.

After their lectures, you can take part in a discussion with the honorary doctor of your choice in one of the three workshops in which their lectures will be discussed more in depth.​

Read more about the symposium, programme and registration here.

The Art of Listening and Deaccelerating our Way of Life

Our honorary doctors George Fitchett, Philip Kitcher and Hartmut Rosa are united in the basic premise that an ‘openness to the other’ should be seen as the ethical core of (all) human relationships, whereby the art of listening might be viewed as a fundamental condition of humaneness.

This however raises the question how much listening our modern, complex society allows for. Does it really meet such conditions of humaneness? And is the art of listening compatible with modern society’s dominant tendencies which favor efficiency and quick, measurable and evidence-based solutions? Does increased time pressure even permit new practices of listening? And should our institutions and organizations be changed to allow for more room for the art of listening?

On the other hand, there is also the risk of an overemphasis on listening, which might lead to superficial and improper forms of listening, such as insincere promises of listening to what ‘the people’ have to say. This evokes an endless stream of static noise on the part of ‘the people’. How then might the art of listening contribute to create a more communicative public sphere?

In religion, the art of listening has traditionally been professionalized through ways of ‘spiritual care’, but in our modern utilitarian world this art has also come under increasing pressure.

According to George Fitchett this measurement mentality is eroding this traditional art, and it is only through the use of similar modern tools that we might be able to preserve a genuine art of listening.

This however does not entail a form of economic measurement, but rather empirical research and qualitative inquiry which can strengthen the art of listening of professional chaplains.

According to Fitchett the art of listening requires creative responses that aim at increasing our sense of relief. And it is exactly this sense of wellbeing that can and must be measured. 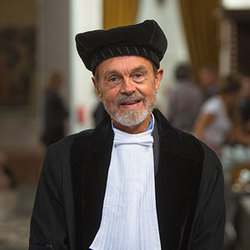 Basing his view primarily on human responsiveness, Philip Kitcher argues that the art of listening belongs to the natural equipment of human beings.

This results in practices of self-restraint and rules of interdiction. In modern civilization new forms of listening and of creative responsiveness, which in some ways have overcome religious images, can be fostered by secular humanism.

To further enable this the existing economic and political institutions need to be reconfigured. 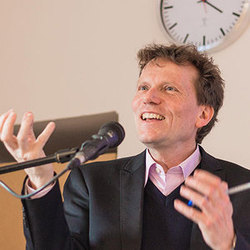 In his work, Hartmut Rosa elaborates the concept of ‘resonance’, which occurs when we are touched by people or things. Rosa views our modern society paradoxically as both stimulating and hindering the experience of resonance.

On the one hand modern technology has given rise to countless possibilities of furthering communication. But according to Rosa capitalism also contributes to an increasingly alienated society, in which, due to our accelerated way of life, true resonances are continuously endangered.

Modern institutions also engender forms of pseudo-resonance, in which the others become ‘echoes’ of our own aims. In echo-like societies resonance is hampered, disturbed or impoverished by economic and political institutions. In order to prosper as individuals, the art of listening must be accompanied by a deacceleration of society.