I work in the School of Applied Social Science at the University of Brighton where I am Professor of Social Policy. I have previously worked at the Universities of Birmingham, Leeds and Sheffield.

2. Can you tell us about your research and its relation to the ethics of care?

My research over many years has been primarily concerned with the lived experience of people with mental health problems, disabled people, older people and unpaid carers, and the way this interacts with social policies and their implementation through different forms of social and clinical practices. In particular I have researched forms of collective action on the part of service users and citizens, and official initiatives to invite users and citizens to take part in participative policy making and service delivery.

I have worked with a number of theoretical frameworks in carrying out this work: including social movement theory, theories of participatory and deliberative democracy, citizenship and social justice. Following my ‘discovery’ of the ethics of care I have revisited some of my former work as well as using this in my more recent research.

3. How did you get involved into the ethics of care?

I attended a conference where I found Selma Sevenhuijsen’s book ‘Citizenship and the ethics of care: Feminist considerations of justice, morality and politics.’ At the time I was starting to feel uncomfortable with notions of citizenship and social justice based solely or primarily in individual rights claims.

I had been strongly influenced by arguments for ‘rights not care’ within the disability movement, but I also recognised the significance of care through my work with unpaid carers’ groups, and the importance of both intimate relationships and friendships in enabling those who were marginalised by disability, mental illness or other stigmatized identities in enabling people to live well and realise their citizenship.

Selma’s work enabled me to explore the place of care in social justice in a new (to me) way. It offered a framework from which to look critically at social policies (Trace), as well as to consider the way in which people negotiate intimate caring relationship and relationships with those who are paid to ‘care.’ It opened up the possibility of overcoming the care/justice binary and thus helped me to resolve personal, political and intellectual puzzles.

For me it is both a critical and normative framework. As a critically engaged social scientist whose areas of research encompasses both official policies and lived lives, it is way of enabling a value based critique of policy and of exploring the significance of values and relationships in everyday lives.

It is hard to separate out one ‘thing’ – rather it is about both a way of looking at the world and a way of thinking about ethical relationships in the way I try to work with others.

As I have indicated it was Selma Sevenhuijsen’s work that first inspired me and from her I discovered the foundational work of Joan Tronto. Eva Feder Kittay’s work has also been important to me – particularly in the way she draws from her lived experience to bring together the personal, political and philosophical. Fiona Robinson’s work opens up an international dimension to an ethic of care that I also find important and I have also learnt from.

I also value conversations with my colleagues Tula Brannelly, Lizzie Ward and Nicki Ward. And working with a team of older co-researchers exploring well-being in old age has helped me understand what an ethic of care means in practice in the lives of older people and in the way in we can generate knowledge with them.

Joan Tronto’s ‘Moral Boundaries’ and Selma Sevenhuijsen’s ‘Citizenship and the Ethics of Care’ are the two most obvious ones for me and ones that most of those working in this area will identify as important.

I have also identified some others that I have found useful in different ways. The Sayer book is not solely or explicitly about care ethics, but I think is very helpful in locating this body of work within broader developments in social science.

And I look forward to Joan’s new book!

My recent book ‘Care in Everyday Life: an ethic of care in practice’ (Policy Press, 2012) applies an ethic of care framework across a wide range of contexts in order to interrogate the relevance of Tronto and Fisher’s broad definition of care and to explore the usefulness of care ethics in diverse settings. These include not only different types of interpersonal relationships, but also deliberative policy making and people’s interaction with space and place.

My first extended work applies this analysis to the lives and experiences of family carers (Caring and Social Justice, Palgrave, 2006). Whilst an example of an application of the Trace methodology to social policy analysis can be found in ‘Abandoning care? A critical perspective on personalisation from an ethic of care’ Ethics and Social Welfare, 2011, vol. 5, no. 2, pp.153-167.

It is important to take seriously the reasons why ‘care’ has been rejected by some who have been identified as care recipients. Thus we need to develop both empirical and analytical work that engages with what it means to receive care and that develops an ethic of care that recognizes this perspective. There are examples of work that does this – for example Tove Petterson’s work on ‘mature care’ and I try to develop thinking about this in my recent book. But I think there is more to be done.

The other key area of development is in understanding care ethics in diverse cultural and socio-political contexts. There is work that considers how an ethic of care is similar to or different from ethical ideas within, for example, Confucianism and the African concept of Ubuntu. We should not think we can ‘read’ these different philosophical systems through the lens of an ethic of care, but we should explore how and why values based in a relational ontology develop in different contexts, and what they mean to people who are differently positioned within sociocultural systems.

Be open to different ways of working with these ideas and maintain a critical edge! 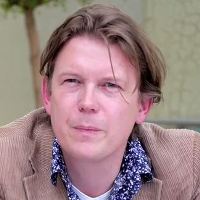